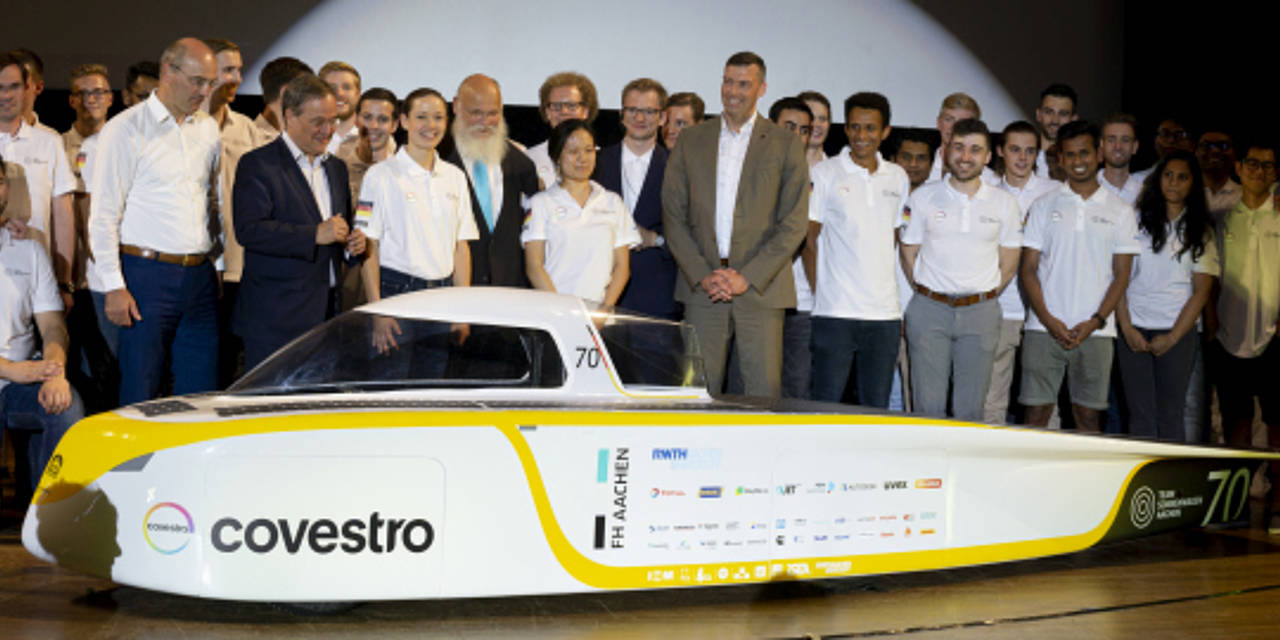 The 4JET Group will support Team Sonnenwagen of RWTH Aachen University in the further development of its solar-powered racing car and international competitions.

During the official launch event of the team´s new solar car at RWTH Aachen, 4JET signed a corresponding agreement.

Founded by students in 2015, Team Sonnenwagen is taking part in the Bridgestone World Solar Challenge for the second time – the longest and toughest competition for vehicles powered exclusively by solar energy.

As one of the industry partners, 4JET will contribute not only financial support but also its own technological expertise in its key sectors of photovoltaics, automotive and tyre industry. The cooperation is initially planned to last for two years.

The Bridgestone World Solar Challenge aims to promote the research and development of solar mobility and present it to the public. In the 3022 kilometer race through the Australian Outback, 50 teams from internationally renowned universities will be competing with their solar vehicles against each other. In addition to outstanding development performance, the decisive success factor is the optimum use of available solar energy. The Bridgestone World Solar Challenge is considered to be the world´s toughest solar car race.