Tires have a significant influence on the performance and safety of our vehicles. And tires will be one of the few remaining wear parts in an electric vehicle. Accordingly, tires are actually ideally suited for networking in the "Internet of Things": Data from tire sensors can be used to derive tire pressure, grip or slip, the remaining tread depth or even information about the road condition. A quantum leap for production control, vehicle safety, driving behavior and tire serviceability seems possible if powerful MEMS sensors can provide a variety of tire data via RFID signals.

However, despite high expectations and although repeatedly announced, this vision has not yet been technologically implemented in the market and the vast majority of tires remain offline and anonymous:

To date, the tire industry, with its OEM customers and tire/wheel assembly providers, has not created an industry standard that would connect an intelligent tire to the factory or vehicle via RFID signals. And even worse: the DOT week code used since 1971 and embossed on the sidewall remains the only globally standardized method of tracking tires.

In other words, while digitalization continues at lightspeed in automotive manufacturing, modern passenger car tires still do not even have an individual and permanent serial number, let alone connectivity: the barcode labels, some of which are used in factories, are hidden under the rim of the tire after installation and are not robust enough to survive the tire's lifetime. Tire labels on the tread recently introduced in the EU are only suitable until the first use and a broad adaptation of RFID has so far failed for a number of reasons, including the high cost per tire, significant problems in defining an industry standard, a difficult patent landscape and in many cases perhaps too ambitious goals.

At the same time, the megatrends in the automotive industry such as autonomous driving, electric vehicles and the sharing economy require a "know your tire" function for modern cars. Many tire characteristics can already be derived very easily from tire type and age or better from the individual tire history without equipping the tire with sophisticated and expensive sensor technology. Accordingly, driving performance data based on the individual iyre history are collected and allow the adjustment of driving assistance systems and chassis parameters to the individually fitted tire.

More and more and larger vehicle fleets, not only in the commercial vehicle sector, require professional tire management with the key function of being able to identify the individual tire and thus enable preventive maintenance.

And the tire manufacturers have identified these trends, which will be the focus of their market strategy in the coming years. Downstream integration of offerings such as "Tire-as-a-Service" models to strengthen customer loyalty, improved tire performance and increased value creation are on the agenda of all major tire manufacturers.

For this reason, more than 90% of the world's networked car tires are now based on 4JET SCANNECT technology. This robust and very cost-effective solution, which can be easily introduced on any existing tire, provides immediate access to the Internet of Tires. The SCANNECT laser marking of machine-readable 2D codes can be complemented by the engraving of human-readable serial numbers, making it the ideal medium to interact directly with the end customer or via his preferred interface, the smartphone.

In addition, the technology can be used to engrave production week codes (DOT week codes) to bypass the manual, costly, error-prone and safety-critical process of replacing mold inserts.

With the 2D matrix-coded tires required by OEMs, laser tire marking is becoming a standard process in tire production. From a cost perspective, the process favors multi-marking strategies with very low marginal costs for additional markings. Machine or human-readable information for tracking can be combined with other markings, which leads to a significant reduction of tire manufacturers' inventory and offers a new level of flexibility in tire production. 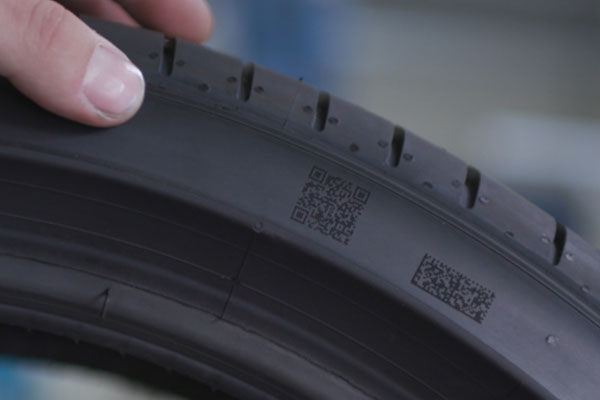 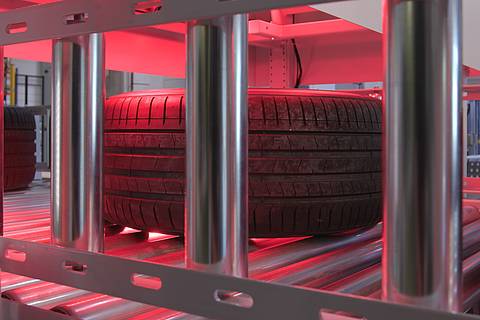 We look forward to your questions – our experts are at your disposal.